First time out for this wildly raw dubplate, sister-recording to the Pablo master-rhythm, shot through with other-worldly, illusively allusive incantation. Surely that’s Family Man stalking a sunken cavern, and his bro battering all seven shades out of his drum-kit, like Meters on fire; and Chinna on guitar, glazed and violent. The mixing rears up right in your face.
Producer Gussie Clarke says Theophilus ‘Easy Snappin’ Beckford is playing piano, with the front removed so he can strum the strings (like he finally snapped) — but he credits the work overall to Augustus Pablo.
Transferred from acetate — fuss-pots don’t grumble, just be humble — though the flip brings a clutch of criss, unmissable alternates, direct from Gussie’s tape-room (where the files are entitled ‘Classical Illusion / The Sun’).
Heavy, heavy funk. Simplicity People dug in. Stunning. 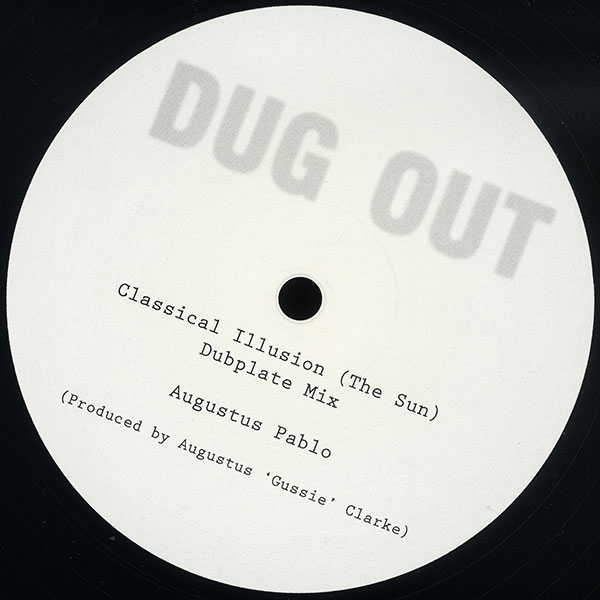 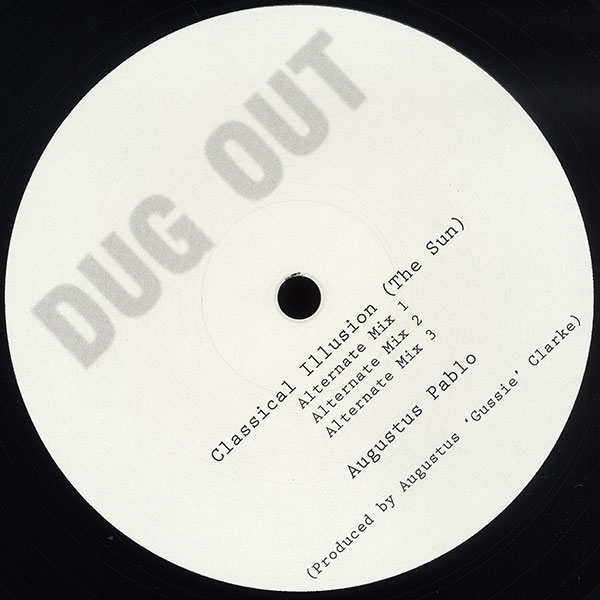