In the early seventies Leroy ‘Mabrak’ Mattis studied at Howard University in Washington DC, where he joined a drum and dance group named Contact Africa. Instructor Kojo Fosu introduced him to the talking drum.
‘I had only seen it in magazines. He started showing me, and taught me the history of it. Talking drum is the highest level of drum music…
‘Going back home in 1973, I knew I was now ready to record. That’s when I bumped into an old friend, Bim Sherman. He knew I was a musician, and he was going to King Tubby’s studio that day. I tagged along. I recorded rasta repeater drum overdubs on his first hit, 100 Years. This allowed me to re-connect with Tubby…’
With brilliant guitar instead of horns, here is a different version of the rhythm Bim used for Love Forever. The same as on Mabrak’s Drum Talk LP — but a little brighter and more dynamic, and bringing a deep, unmissable Tubbys dub. 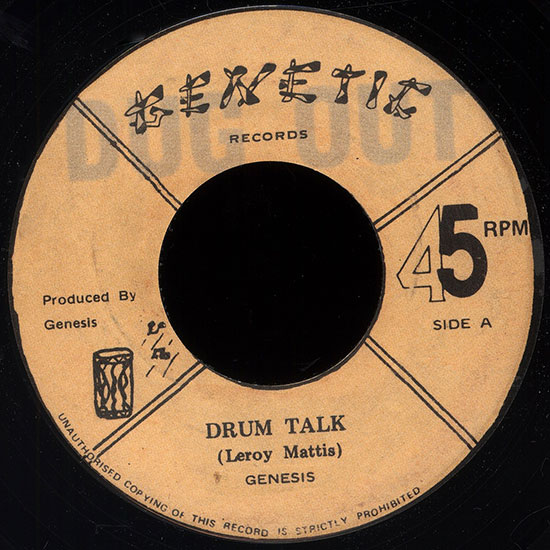 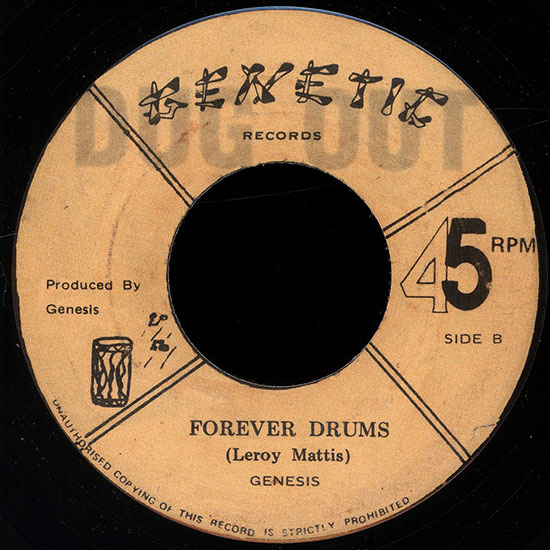