Leroy Mattis’ first drum was a plastic butter container. ‘My mother wouldn’t buy me a drum because back then the situation in Jamaica was very tense… In 1960 Jamaica was still an English colony, and the drum is a roots instrument.’ Tommy McCook was living two doors down; during the first years of The Skatalites, Mattis would practise there. In 1970 he was National Junior Drumming Champion, with Count Ossie winning overall; four years later his ensemble battled in the Senior finals with the drummers of the Light Of Saba.
‘Our group was initially called Genesis, it was a 7-piece drum group, but I changed the name to Mabrak, which means Thunder in Amharic. We knew that we were coming with a heavy sound.’ Experiments in percussion, in the middle of the night at Harry J’s — funky versions of rhythms like Curly Locks, Too Late To Turn Back Now and Fattie Fattie, led by talking drums — beautifully mixed by King Tubby, who couldn’t believe his ears.
Originally released in 1976, in paper inners only. Smartly sleeved in quintessential Dug Out style this time around — with an insert, including a recent interview with Mabrak. 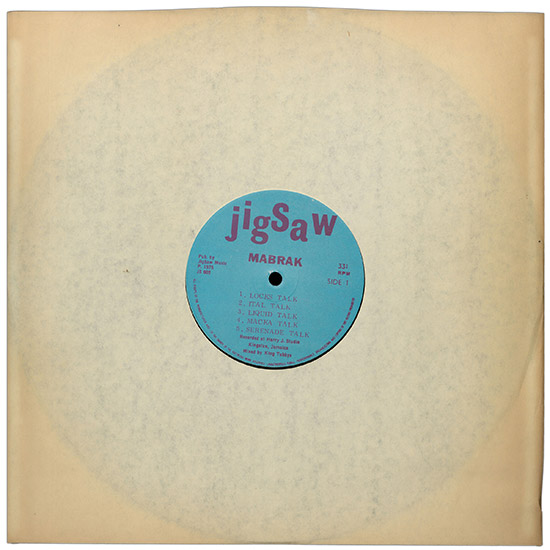 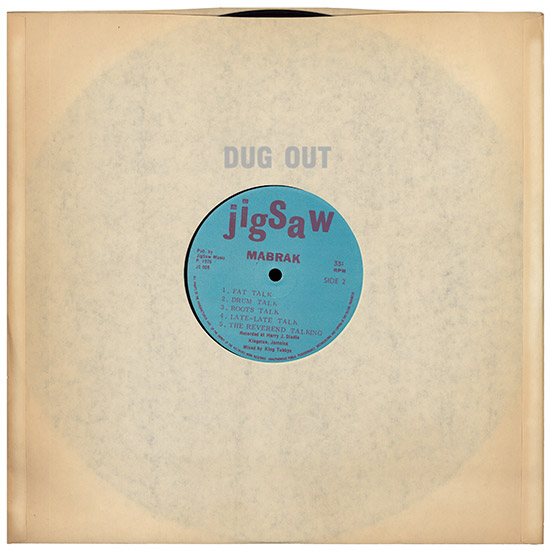